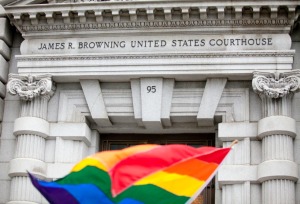 Earlier today, in Obergefell v. Hodges, No. 14-556, the U.S. Supreme Court declared, in a 5-4 ruling, that same-sex couples have a right to marry anywhere in the United States. Justice Anthony Kennedy, writing for the majority, stated that “laws excluding same-sex couples from the marriage right impose stigma and injury of the kind prohibited by our basic charter.” Further, “the reasons marriage is fundamental under the Constitution apply with equal force to same-sex couples.” Prior to this ruling, fourteen states (including Kentucky) banned same-sex marriages.

This ruling is, of course, game-changing for individuals across the nation – impacting them on social, political and personal levels. The ruling will also influence Kentucky employers, whose practices and procedures inevitably need to be updated.

It is now time to dust off your policies and strategize regarding employee benefit plans – and how to best attract and retain the talent in the aftermath of the Court’s ruling. The opinion’s full text is available here.