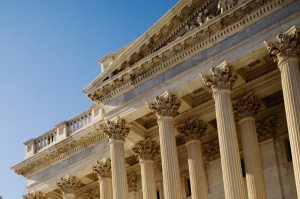 On July 16, 2015, the EEOC announced that sexual orientation is included within Title VII’s prohibition against sex discrimination in Complainant v. Foxx, 2015 WL 4397641 (EEOC July 16, 2015).  Foxx worked as an air traffic control specialist in Miami, Florida.  He claimed that he was discriminated against in violation of Title VII when he was not selected for a permanent promotion based on his sexual orientation.  Foxx alleged that one of his supervisors said, “We don’t need to hear about that gay stuff” in response to a story about his male partner, and referred to his relationship as a “distraction in the radar room” on numerous occasions.  The EEOC found that the complaint properly stated a claim of sex discrimination because “sexual orientation is inherently a ‘sex-based consideration.’”

While the EEOC’s decision is momentous for the LGBT community, it is not binding on state or federal courts.  Even if courts choose not to adopt the EEOC’s expansive definition of sex discrimination, employers should re-evaluate their current policies to avoid compliance issues with the EEOC.