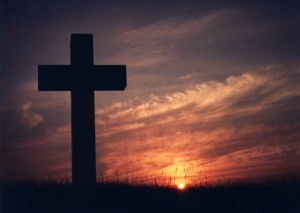 Consol Energy has asked the Fourth Circuit to review a nearly $600,000 unanimous federal jury verdict in favor of a former employee’s Title VII claims of religious discrimination based on the company’s failure to accommodate his religious beliefs.  U.S. Equal Employment Opportunity Commission v. Consol Energy, Inc., No. 1:13-cv-215 (N.D. W. Va. Aug. 21, 2015).  Plaintiff Beverly Butcher, who worked as a Consol mine worker for over 35 years, had requested an exemption from the mandated use of the company’s new biometric hand scanners, which were installed to track employees’ time and attendance.  Butcher, an Evangelical Christian, explained to his supervisors that he believed the scanning would create an identifier for followers of the Antichrist known as the “Mark of the Beast.”  Nevertheless, Consol required Butcher to use the scanners and refused to permit alternate means of tracking Butcher’s time, prompting him to resign from the company.

At trial and in post-trial motions, Consol Energy challenged the logic and consistency of Butcher’s religious beliefs.  In particular, Consol pointed out that Butcher’s own pastor did not agree that the hand scanners had any relationship to the mark of the beast.  But the EEOC responded—and the court agreed—that Title VII requires only that religious beliefs be sincerely held; thus, they “need not be seen as rational, doctrinally consistent, or accurate in order to be protected under Title VII.”

The Consol Energy case was the second of two high-profile religious discrimination victories for the EEOC in 2015.  That June, the Supreme Court held that an employer cannot refuse to hire a job applicant to avoid accommodating a religious practice.  U.S. Equal Employment Opportunity Commission v. Abercrombie & Fitch Stores, Inc., 135 S. Ct. 2028 (2015).  Plaintiff Samantha Elauf had appeared for an interview with the clothing retailer Abercrombie & Fitch wearing a headscarf that she believed was required by her Muslim faith.  Abercrombie refused to hire her on the ground that her headscarf violated its “look policy,” which prohibited head coverings of any kind.  The Supreme Court rejected Abercrombie’s argument that it could not be liable for religious discrimination because Elauf had never mentioned her religion or requested an exception to Abercrombie’s dress code.  Instead, the Court held that the job applicant need only demonstrate that a prospective employer’s desire to avoid providing a religious accommodation was a motivating factor in its decision not to hire, not that the employer actually knew of the need for an accommodation.

Consol Energy and Abercrombie demonstrate that the EEOC’s effort to expand the parameters of when religious accommodation is required in the workplace is gaining traction with courts and juries—as well as the potential for hefty damages if the employer fails to comply.  For these reasons, religious discrimination lawsuits are on the rise.  In order to minimize the risk of religious discrimination claims, employers should take the following steps: