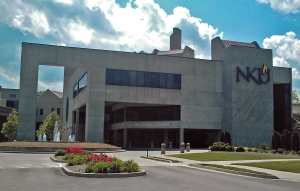 On March 17, 2016, the Kentucky Supreme Court addressed the “similarly situated” standard that must be established by all plaintiffs in Kentucky Civil Rights Act (KCRA) claims in The Board of Regents of Northern Kentucky University v. Weickgenannt, 2016 WL 1068245 (Ky. March 17, 2016) (unpublished).  Plaintiff Andrea Weickgenannt sued the Board of Regents of Northern Kentucky University (NKU), claiming that her application for tenure was denied because of her gender, in violation of the KCRA.  Initially, NKU’s accounting department recommended Weickgenannt for tenure to the Dean of the College of Business.  In his first tenure review since joining NKU, the Dean disagreed with this recommendation, based on his belief that Weickgenannt failed to publish three peer-reviewed articles in journals of “good quality” and her lack of a “continuing commitment to do scholarly activity in the future,” as required by the College of Business’s scholarship requirements.

Weickgenannt’s application was then reviewed by NKU’s female Provost.  She supported the Dean’s recommendation after speaking with faculty members from other Kentucky universities, each of whom confirmed that Weickgenannt’s articles were published in a journal that was insufficient to warrant tenure.  The Provost also discounted Weickgenannt’s contribution to an article that was co-written by another faculty member and noted her failure to serve as the lead author of any publications.

Following an internal peer review process, NKU’s President ultimately recommended that the Board of Regents deny Weickgenannt’s application, which it did.

Weickgenannt filed suit, alleging gender discrimination in violation of the KCRA.  NKU moved to dismiss her claim on summary judgment.  The trial court granted NKU’s motion, finding that  Weickgenannt failed to identify any similarly situated males that were awarded tenure.

Courts employ the burden-shifting analysis set forth in McDonnell Douglas Corp. v. Green, 411 U.S. 792 (1973), for KCRA and Title VII claims.  Under this framework, a plaintiff alleging gender discrimination must establish a prima facie case by proving that: (1) she is a member of a protected class; (2) she was subject to an adverse employment action; (3) she was qualified for the position; and (4) a similarly situated male was treated more favorably.  If the plaintiff establishes a prima facie case of discrimination, the burden shifts to the employer to show a legitimate and non-discriminatory reason for the employment action.  Upon this showing, the burden shifts back to the plaintiff to show that the employer’s stated reason is pretext for discrimination.

In Weickgenannt’s case, the trial court found that she failed to state a prima facie case because she could not identify any similarly situated male candidates who were granted tenure.  Even if she did, the trial court ruled that she had not come forward with any evidence that NKU’s stated reason for the denial of tenure was pretext.

Weickgenannt appealed to the Kentucky Court of Appeals, who reversed the trial court’s ruling for interpreting the similarly situated standard too narrowly.  According to the Court of Appeals, Weickgenannt was only required to show that a male candidate received tenure during the relative period of her candidacy, without showing that he was similarly situated in all respects.  NKU appealed to the Kentucky Supreme Court.

Reversing the Court of Appeals, Kentucky’s highest court explained that “a plaintiff bears the burden of not only establishing that a male candidate received tenure but also that that candidate was reviewed under the same circumstances with similar qualifications.”  Weickgenannt, 2016 WL 1068245 at *6.  In other words, Weickgenannt’s “comparator must be both of similar qualifications …. and must have been subject to the same reviewers and application process at or about the same time.”  Id. (emphasis added).  Specifically, the court held that a male comparator must have “the NKU guide-minimum three peer-reviewed publications, zero sole authorships, … publication in a journal of less-than-acceptable quality, … [and] a similar level of academic achievement.”  Id.   In addition, he must have been up for tenure around the same time as Weickgenannt and subject to the same review – i.e. “the exacting eye” of the same Dean.  Id. at *7.  Because the alleged comparators identified by Weickgenannt were up for tenure at different times, not reviewed by the same Dean, and had different qualifications, they were not similarly situated.

Interestingly, Judge Minton opined that the “case has more to do with a newly hired dean seeking to impose his own mark on the College of Business’s tenure standards than any invidious discrimination the KCRA so strongly prohibits.”  Id. at *8.  He also “note[d] the irony in the fact that  one of Weickgenannt’s alleged primary discriminators [the female Provost] is itself evidence that NKU harbors no ill-will toward exceptional female scholars.”  Id. at *7.

Not only is the case a decisive victory for NKU and its College of Business, but its strict interpretation of similarly situated employees is good news for employers across the Commonwealth.