At a job interview, a candidate is often asked: “What’s your current or most recent salary?” Usually, this question is feared.  After all, a low figure could limit the candidate’s starting pay, but a high number could make the candidate seem expensive.  Now, in a growing number of states and cities, the question is off limits, as employers face legislation that bars them from asking job candidates about their salary history or benefits.

Proponents of the new legislation argue that banning the salary question is necessary to ensure pay equity for women.  The argument is that by basing future salaries on previous wages, employers have been perpetuating the earnings divide.  In other words, because employers have historically relied heavily on salary history, the gender pay gap has END_OF_DOCUMENT_TOKEN_TO_BE_REPLACED

According to a new study and report from PayScale.com, working women in Kentucky earn 22.2% less than men, with the median pay for a male worker being $48,900, compared with $38,100 for a female worker. This “gender pay gap” — as it is often termed — is slightly smaller than the pay gap nationwide.

The report states that across the 50 states and the District of Columbia, women earned 23.7% less than men in 2016, with a median pay of $58,000 for male workers and $44,300 for female workers. These figures are representative of the raw gender pay gap — which looks at a median salary for all men and women, regardless of job type or worker seniority.

The same study and report also took into account factors such as years of work experience, education, company size, job title, and job level to determine a “controlled” gender pay gap. In so doing, it found that END_OF_DOCUMENT_TOKEN_TO_BE_REPLACED 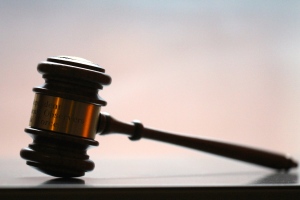 The City of Florence (“Florence” or “the City”) recently entered into a proposed consent decree, pending court approval, to resolve a discrimination lawsuit the Justice Department filed regarding two City female police officers.  The lawsuit, filed last month, alleges both officers were discriminated against based on pregnancy and disability grounds pursuant to Title VII of the Civil Rights Act of 1964 and Title I of the American with Disabilities Act (“ADA”).  According to the complaint, Florence female police officers Lyndi Trischler and Samantha Riley requested light duty in 2014 when both were unable to perform their duties as patrol officers due to their pregnancies.  Officer Trischler also suffered from complications resulting from a diagnosed high-risk pregnancy and requested light duty as a reasonable accommodation.

Florence’s light duty policy at the time of Ms. Trischler’s and Ms. Riley’s requests was limited to employees with on-the-job injuries only.  The City also required that employees with non-work related illnesses, injuries, or conditions provide information that establishes they have “no restrictions” prior to returning to work.  Florence denied both officers’ requests and required them to take leave instead.

This was the first lawsuit filed by the Justice Department challenging an entity’s light duty policy following the U.S. Supreme Court’s ruling in last year’s Young v. UPS case.  In Young, UPS had a similar ‘employees injured on the job’ policy as Florence.  Peggy Young was a UPS pickup and END_OF_DOCUMENT_TOKEN_TO_BE_REPLACED

Just last year, the Equal Employment Opportunity Commission (“EEOC”) ruled that sexual orientation discrimination is unlawful under Title VII of the Civil Rights Act.  On July 28, 2016, the U.S. Court of Appeals for the Seventh Circuit rejected the EEOC’s determination and ruled that Title VII does not protect employees from workplace discrimination on the basis of sexual orientation.  In Hively v. Ivy Tech Community College, Kimberly Hively, a part-time adjunct professor, claimed that she was denied full-time employment and promotions because she was a lesbian.  Hively began her teaching career at Ivy Tech in 2000.  Between 2009 and 2014, she applied for six full-time positions. She alleged that the college never even interviewed her for any of those positions, despite having the necessary qualifications and a record of positive work performance evaluations.

In December 2013, Hively filed a charge with the EEOC, alleging that she had been discriminated against on the basis of her sexual orientation and had been “blocked from full-time employment without just cause.”  Ivy Tech did not renew her part-time employment contract in July 2014 and she filed suit.  Ivy Tech successfully argued at END_OF_DOCUMENT_TOKEN_TO_BE_REPLACED

An out-of-date employee handbook that fails to recognize ever-evolving laws and regulations is more harmful than helpful to an employer.  It is important to ensure that your company’s handbook stays current and ‘with the times.’  The following are six employment law topics that should be taken into consideration during your handbook review and revision process:

1. LGBT Protections. Laws, courts, and administrative agencies (State and Federal) continue to expand protections for lesbian, gay, bisexual, and transgender employees.  From the EEOC’s perspective, Title VII of the Civil Rights Act forbids any employment discrimination that is END_OF_DOCUMENT_TOKEN_TO_BE_REPLACED

On Friday, May 13th, 2016, the Obama administration issued guidance directing all public schools in the country to allow transgender students to use the bathroom that corresponds with their gender identity. This guidance was issued amidst a court fight between North Carolina and the federal government over North Carolina’s controversial House Bill 2, which bans people from using public bathrooms that do not correspond with their biological sex.

U.S. Secretary of Education John B. King, Jr. said that the guidance comes in response to schools and parents seeking direction on the issue. According to the Obama administration, the guidance ensures that all “transgender students enjoy a supportive and nondiscriminatory school environment.” The guidance also states schools cannot require transgender students to have a medical diagnosis, undergo any medical treatment, or produce a birth certificate before treating them consistently with their gender identity.

While this guidance does not have the force of law, its message was clear: gender identity is protected under Title IX as far as END_OF_DOCUMENT_TOKEN_TO_BE_REPLACED

According to the EEOC, Title VII’s prohibition on sex discrimination also prohibits discrimination based on gender identity and sexual orientation.  Consequently, denying a transgender employee access to a common restroom corresponding to the employee’s gender identity constitutes sex discrimination.  An employer cannot require an employee to provide proof of surgery or any other medical procedure in order to use a particular restroom.  Nor can an employer avoid the requirement to provide equal access to a common restroom by restricting a transgender employee to a single-user restroom (although an employer can make a single-user restroom available to all employees who choose to use it).  The hostility or discomfort of other employees cannot overcome the right of a transgender employee to use the restroom corresponding with his or her gender identity.  Moreover, contrary state law is no defense.  Sorry, North Carolina.