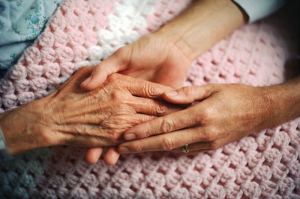 On August 21, 2015, in Home Care Association of America v. Weil, the United States Court of Appeals for the District of Columbia Circuit cleared the way for the implementation of regulations extending the Fair Labor Standards Act’s (“FLSA’s”) minimum wage and overtime provisions to many home care workers. The court rejected a challenge to the United States Department of Labor’s (“DOL’s”) authority to change its interpretation of the scope of the FLSA provisions exempting from minimum wage and overtime guarantees domestic-service workers who provide either companionship services or live-in care for the elderly, ill, or disabled. The court’s ruling directly affects home care workers who are employed by third-party providers, like home health care agencies.

For four decades, the DOL interpreted the FLSA’s exemptions for companionship services and live-in workers to apply to employees of third-party providers. The old regulations specifically stated that domestic workers, who were employed “by an employer other than the family or household using their services,” were not included in the FLSA’s protections. Thus, traditionally, those workers have not been eligible for END_OF_DOCUMENT_TOKEN_TO_BE_REPLACED