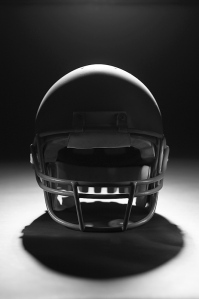 This morning at Northwestern University’s campus located in Evanston, Illinois, players from the school’s football team cast secret ballots to determine whether to form the nation’s first union for college athletes.  A total of seventy six football players were eligible to vote, but none were required to do so.  It is uncertain at this juncture how many of the seventy six eligible players actually voted.   For those players who did,  a majority of them must have voted in favor of unionizing and allowing the College Athletes Players Association (“CAPA”) to represent them for collective bargaining purposes.  The election stems from a ruling made by the NLRB’s regional director in its Chicago Office, Peter Sung Ohr, last month.   In his ruling, Mr. Ohr concluded that Northwestern University football players  presently on scholarship at the school are “employees” as that term is defined under the National Labor Relations Act and federal common law, and could therefore conduct elections to determine whether or not they want to be represented by CAPA.

Earlier this month, Northwestern appealed Mr. Ohr’s decision to the NLRB in Washington, D.C.  Yesterday, the Board granted Northwestern’s request for review and has ordereed that the ballots from today’s vote be impounded until it reaches a decision.  In its request, Northwestern is seeking a reversal of Mr. Ohr’s decision.  We will not know whether the players voted to unionize or not until and if the Board issues a decision approving the Regional Directors’ ruling that allowed the election to take place.  So, although today’s vote by Northwestern’s players was a historic moment for private college student-athletes, whether they ultimately will—or have the ability to— unionize is still very much uncertain.

Yesterday afternoon the Director of the NLRB’s regional office located in Chicago, Illinois ruled in a landmark decision that Northwestern University football players presently on scholarship at the school are an “employee” as that term is defined under the National Labor Relations Act (“NLRA”) and federal common law. As a result, the Director’s decision END_OF_DOCUMENT_TOKEN_TO_BE_REPLACED

Are student-athletes employees of a university or instead just amateur athletes who play sports for their schools?  This is the question put forth by a  group of current Northwestern University football players who recently announced via representatives their intent to unionize and be recognized as employees under federal labor law.  On January 28, 2014, Ramogi Huma, president of the college athlete advocacy group National College Players Association, filed a petition with the Chicago Regional Office of the National Labor Relations Board (“NLRB”) on behalf of the players requesting to be certified as a union.  If certified by the NLRB, the group of players would be called the College Athletes Players Association (“CAPA”).  CAPA was organized by former Northwestern University quarterback Kain Colter, former University of Massachusetts basketball player Luke Bonner, and Mr. Huma.  CAPA was created with the support from the United Steelworkers Union as well.

The NLRB’s Chicago Regional Office is expected to hold a hearing on this matter on February 7, 2014.  If the NLRB’s Regional Director finds that the athletes are employees as defined in the National Labor Relations Act, he will order a secret ballet election.  If he makes a finding that the athletes are not employees, he will dismiss the petition.  The Regional Director’s decision—either way—will likely be appealed.