On July 12th I posted a report on this blog about the U.S. Department of Labor’s “persuader rule” that was set to go into effect on July 1st. This rule would have required employers and their labor consultants—including employers’ attorneys—to file reports with the DOL disclosing in a public record the work the consultants performed, including fees paid, if the work even so much as “indirectly” is undertaken to persuade employees regarding the exercise of their rights to organize or join labor unions. At that time I reported that on June 27th the U.S. District Court for the Northern District of Texas at Lubbock had issued a preliminary nationwide injunction against the DOL, prohibiting it from enforcing the persuader rule, pending a final decision on the merits of the case.  Independent Federation of Business, et al. v. Thomas E. Perez, et al, Case No. 5:16-CV-00016 (N.D. Texas, June 27, 2016).

To bring readers up to date, on August 29th, the DOL appealed the District Court’s injunction order to the U.S. Court of Appeals for the Fifth Circuit, where the case is still pending.  However, this appeal did not divest the District Court of jurisdiction, and the case proceeded there.  Yesterday, November 16th, the court granted the plaintiffs’ summary judgment motion and denied the DOL’s summary judgment motion.  The court said it is of the opinion that its preliminary injunction should be converted to a permanent, nationwide injunction.  However, the court did not enter final judgment today, stating that it first wanted to determine whether the plaintiffs are entitled to recover their attorney fees and costs.  The court has ordered the parties to file briefs on that issue in the next few weeks. 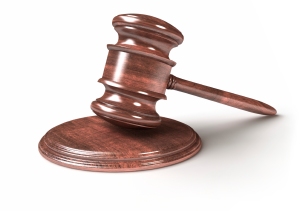 By now, I assume most employers and others who keep up with developments in labor and employment law are familiar with the U.S. Department of Labor’s (DOL) controversial “persuader rule” that was set to take effect on July 1 of this year.  For those who are not familiar with it, here is a summary of what all the fuss is about, followed by some recent court developments.

In 1959, Congress amended the National Labor Relations Act (NLRA) by passing the Labor Management Reporting and Disclosure Act (LMRDA).  The main purpose of the LMRDA was to rid organized labor of corruption and also make it more democratic.  However, the LMRDA also requires labor consultants (including lawyers) to file reports with the DOL identifying their employer clients and the details of the terms of their engagement, including fees paid for their services, if an object of the engagement, either directly or indirectly, is to persuade employees whether or how to exercise or not to exercise their rights to organize or bargain collectively under the NLRA.  The law also requires employers who engage consultants for such purposes to file a similar report.  These filings are a public record.  Willful violations of the LMRDA’s reporting requirements are criminal and are punishable by a fine of up to $10,000 or a year in jail, or both.

However, the LMRDA contains an exception from the reporting requirement for consultants’ “advice” to employers in such matters.  Shortly after the LMRDA was enacted, the DOL issued guidance stating that if a labor consultant (including an attorney) did not communicate directly with employees regarding their END_OF_DOCUMENT_TOKEN_TO_BE_REPLACED

The United States Department of Labor’s (“DOL”) “persuader rule,” which requires employers and their advisors (including employers’ attorneys) to disclose publicly any advice that directly or indirectly persuades employees regarding union organizing or collective bargaining activity, took effect on April 25, 2016.  Litigation is pending to enjoin the enforcement of the rule because the broad sweep of the persuader rule now requires public reporting of what had been previously exempted services that are often provided by labor lawyers and consultants to their clients in confidence.  Examples of such activities include providing material or communications to employers for dissemination to employees; conducting union avoidance training; and developing personnel policies or practices that are intended to influence or persuade employees regarding their rights to engage in union organizing activities or other activity protected by the National Labor Relations Act.

It is important to note that the persuader rule applies only to persuader arrangements and agreements made on or after July 1, 2016.  In one of the pending cases to enjoin the enforcement of the persuader rule, the DOL filed a status report taking the position that advice given pursuant to END_OF_DOCUMENT_TOKEN_TO_BE_REPLACED